Hiss Golden Messenger is Durham, North Carolina-based songwriter M.C. Taylor and multi-instrumentalist and recordist Scott Hirsch, who lives in Brooklyn, New York. The pair has been making music together for twenty years in various incarnations, including six records with the San Francisco band the Court and Spark. Drawing from the deep well of traditional and vernacular Southern song that Taylor has explored and documented as a practicing folklorist, as well as the more alchemical strains of 1970’s country-rock, dub music, and kosmische music, “like Van Morrison circa Astral Weeks, Hiss Golden Messenger confounds traditional-music genre expectations” (according to The Huffington Post.) Distinguished by their fascinatingly ambiguous conjuring of spiritual–and often specifically Biblical–concerns and characters, as well as a taut lyricism informed by writers as disparate as Ronnie Lane, Lew Welch, and Wendell Berry, Taylor’s unabashedly ardent songs rank among the most exquisitely crafted and eloquent of his generation. (Source: paradiseofbachelors.com) 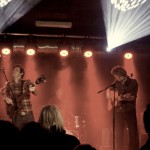 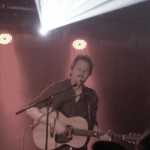 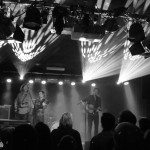