It takes less than sixty seconds of album opener “Newspaper Spoons” for you to decide that Viet Cong is a winter record. The album has barely begun, and the guitar doesn’t snarl until the end of that opening minute, but it still presents a palpable iciness in just a few short moments. It’s bitter. It stings. But once you’re in it, and you’re bracing yourself and charging ahead, “Newspaper Spoons” moves from a punishing, almost militarized drumbeat to a melody that’s still menacing but also delicate, almost celestial. That instinct for humanizing a stone-cold song is Viet Cong’s greatest gift and sharpest weapon. It’s harsh, but exhilarating. Recorded in a barn-turned-studio in rural Ontario, the seven songs that make up Viet Cong were born largely on the road, when Flegel and bandmates Mike Wallace, Scott Munro and Daniel Christiansen embarked on a 50-date tour that stretched virtually every limit imaginable. Close quarters hastened their exhaustion but also honed them as a group. With all four members traveling in one car, the mood conflated with the soundtrack, the soundtrack with the cities around them, and so forth. (Source: jagjaguwar.com) 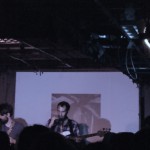 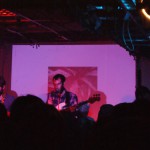