After releasing three albums in three years (“Dark Undercoat“, 2008; “Victorian America“, 2009; “Ode To Sentience“, 2010), she wrote over 100 sketches between January 2011 and October 2012. Blood / Lines is a selection from these songs. The setting of a secluded recording studio in Sonoma County, California, gave Emily the inspiration to explore new directions and to grasp creative control. Emily’s work lives between genres. Doom folk? Gothic Americana? Introspective Victorian rock? Devotees of her previous releases will notice that Blood / Lines follows a similar genre-bending lyrical sensibility, but is musically much heavier and thicker in sound. (Source: emilyjanewhite.com) 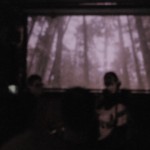 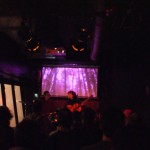