Klagenfurt, 1990. The austrian radio station FM4 is not yet exisiting, and who wants music away from the mainstream, must pick up the instrument himself. As guitarist Oliver Welter, drummer Peter Hornbogner and bassist Georg Timber Trattning who form a band and call them from a novel by William S. Burroughs: Naked Lunch. In the same year Trattning gets out to pursue his literary career. He will be replaced by Herwig Zamernik by Disharmonic Orchestra. Zamernek Welter and now form the core of the band.

The success comes quickly. Even in the first year demos will be sent and are signing a record contract. A moment later recorded the first album (“Naked”) and a well-attended tour, including with the Speedniggs and the Screaming Trees, appended. After a brief pause, it goes straight back into the studio, “balm” appears in 1992. The local record companies hesitate, but the competition from England is extremely interested in the Austrians.

It takes a while until it goes on with Naked Lunch, one is tired of playing live and would rather just make music. In 1995, the band is getting to be flown to New York, playing showcases in front of representatives of the really big record companies. Unfortunately, far too subtle, beckons with thanks.

1997 Polygram finally takes the band under contract. “Superstardom” is recorded in New York, San Francisco and Weilheim, Naked Lunch is trying to create the big breakthrough. Alain Moulder (Smashing Pumpkins, U2) is the mixer, expensive videos will be produced, the band toured through the world, devastated in Brazil and a the stage in London – their temporary residence and getting arrested.

This led in 1999 on the one hand to the biggest success so far, but soon it’s time for a low point. Naked Lunch to go more towards electronics, Olaf Opal from The Notwist support the band on keyboards. The single “Love Junkies” is a small hit, but the album barely sold. So they separate from their record company and tried the same music at another.

But the record flopped there. The result: Naked Lunch left without a record contract, without management and without agency. After ten years as a band they are just as far back as the beginning. Again in Klagenfurt, with an uncertain future. After these catastrophic events, the band takes a break again. Oliver Welter describes this as the worst time of his life. In 2000, former bandmate and friend Trattning dies as a result of his alcoholism.

It takes until the pieces are cemented. In the new millennium they will begin sometime to absorb their new album – even before the recording horn rises Peter Bogner. It’s only slow progress, the recording of “Songs For The Exhausted” have been going on for a year, and it still takes more time than a year, until we find a record company that is once again on Naked Lunch. Instead of classical guitar music is dedicated to the quad again the reduced electronics, soft beats and flowing harmonies. Olaf Opal is back on board. Naked Lunch stand on the rubble of their career. “Songs For The Exhausted” is a deeply sad work that thematically deals with the failure and despair.

After “Songs For The Exhausted” is completed, Naked Lunch have difficulties to find a record company because the work is considered to be moody and uncommercial. Finally Motor Music offers them a contract. “Songs For The Exhausted” is well received by the music press and sold surprisingly well. Naked Lunch interact with their sound also in the film “Sperrstunde” a project of filmmaker Thomas Woschitz.

On the sixth album, “This Atom Heart Of Ours”, which comes in January 2007 on the Berlin label Louisville on the market, the newly discovered inner peace occupies a wide space. The desperation has given a cautiously optimistic mood. The songs take noticeably less powerful and act first as the concentrated force of desperation to “Songs Of The Exhausted”. Soon the drive turns but due to the delicate melodies, the musical arrangements and the fragile voice Welte as poignant masterpiece to the music press responded enthusiastically. Meanwhile, ex-Angelika Express drummer Alex Jezdinsky instead Thorsten Thonhauser (2002 to 2005) is taking the sticks.

Again in co-op with film director Thomas Woschitz released in 2009, the soundtrack “Universalove,” the movie / sound blend brings the Max Ophüls Prize. The soundtrack to a theatrical adaptation of Franz Kafka’s “America” ​​followed in 2011, the band took over the musical direction of production at the Stadttheater Klagenfurt – Naked Lunch arrived in the so-called high culture. 2013 The Austrians return with tour and new album (“All Is Fever”) back into the core business. 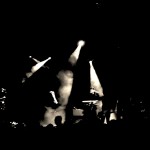 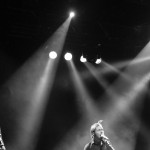 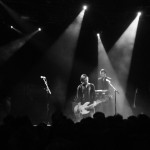