The 4 piece group Callers has a nice history. While Sara grew up enveloped by R & B, Motown, gospel and jazz in St. Louis, Ryan was 400 miles away in Little Rock, nurtured by a community of eccentric artists and musicians, collaborating on ad hoc punk shows by the riverbank. Both musicians intuitively grasped the commitment to craft in their peers and mentors, shaping their purpose to create a strong, clear statement of their own.

Finally, Brooklyn became the city they now call home, leading to the creation of two LPs, Fortune and Life of Love. With Brooklyn also came transition: after offering a new interpretation on Life of Love and Reviver, Don Godwin amicably moved on from the project at the latter’s completion. Meanwhile, Keith and Seth’s involvement in the production and development of Reviver thrived, ultimately inspiring them to join the band. 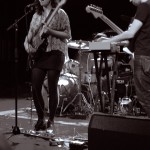 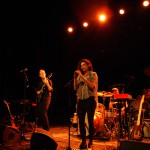 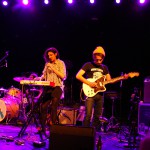 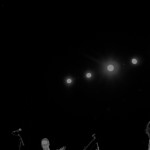