Schnipo Schranke are Friederike Ernst and Daniela Reis, born in 1989 and 1988. Two women are to run at the Music Academy in Frankfurt on the way. Two outsiders of flute and cello, the study of classical music quickly turns for themselves as strange misunderstanding. Where life is a shame to sacrifice it monkish Hochleistungsfanatik. The soon realize that they are made for each other. The einigeln be to create something new, different. Music to make them famous.

When Kurt Krömer-watching them fall the band’s name in front: Schnipo Schranke, a shortcut for “schnitzel with fries, mayonnaise and ketchup.” An early song (which has not managed to‘s album because HipHop is no longer their thing) called “Best Friends,” a YouTube hit for gourmets and a first indication that something strange starts to roll here of great beauty. 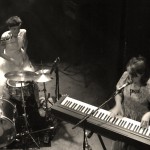 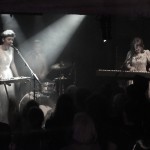