“Explicitly personal insights have become wider perspectives: after 2013’s ‘Some Say I So I Say Light’ LP purged London-based Obaro Ejimiwe of lingering spectres born of a relationship breakdown, ‘Shedding Skin’ allows him to refocus on what he loves: sitting, observing, processing, creating. In some respects ‘Shedding Skin’ harks back to Ghostpoet’s Mercury Prize-nominated debut of 2011, ‘Peanut Butter Blues & Melancholy Jam’, in its assembly at least: then, he was free of baggage, loose-limbed and able to capture a moment and spin it into a song; now, he’s in a comparable place, but has skilfully circumvented potential complacency by opening the door to creative collaboration while also placing strict conditions on the recording process.”
(Source: http://playitagainsam.net) 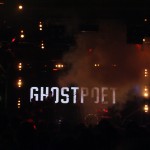 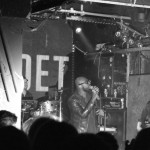 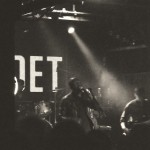