Image and sound melt in the American ambient act Tycho to a closely linked unit that thrives on intensive dialogue between image and world of sound. In particular, live develops the artistic concept of Scott Hanson’s effects.On his first release he was dealiing with the two sides of his creative personality to bring together them in harmony: He regularly supplemented his vinyl and CD releases to elaborately designed posters, leaflets and stylish print quality gatefold covers.

The combination of design and music coming from Scott Hanson is not by chance. His main job is being a graphic designerliving in Sacramento/California . As a designer, he also makes a name in the first scene. Hanson operates the ISO50 blog, where  he distributes his first graphic works. His album  “Dive” makes the trippy-chillout electronica sounds, like the releases mentioned of Boards Of Canada in one breath, known worldwide. 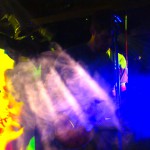 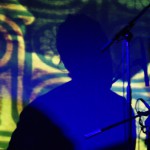 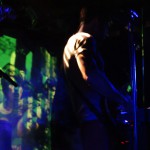 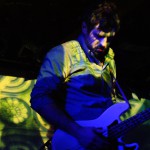